The original Muay Thai was a very risky and dangerous method of fighting, where the fighters wrapped their fists and forearms with leather straps, and later sticky linen. This method saved the hands from injuries, so it was possible to throw harder blows. They didn’t use gloves. To protect the groin they used armour made from coconut shells or mussels. There were no weight classes, no rounds…the fight continued until the fighters were unable to continue. Clawing and hair pulling were also allowed. In these duels there were many injuries, and deaths occurred as well.

Nowadays the rules have changed. In the sport of Thai-boxing the fighters use gloves, and there are weight categories and rounds. Headbutts, bites, wrestling, etc. are forbidden. The old warriors say the new generation doesn’t know anymore what real fighting is.  But Muay thai still one of the most effective of all of the striking-focused martial arts.

The boxers live and prepare for their fights in training camps, where beginners first undergo an entrance ceremony. First comes a religious ceremony, which is followed by prayers and songs. At the end of the ceremony the family accepts the beginner as a member of the family. From then on the leader of the family will have the same rights over the fighter as if he were his father. The boxers fight quite often, every month, and they follow a strict lifestyle with hard preparation (often from five years of age)…interval running, skipping rope, shadow boxing, working on the heavy bag, sparring and strengthening exercises. That’s how a day begins. 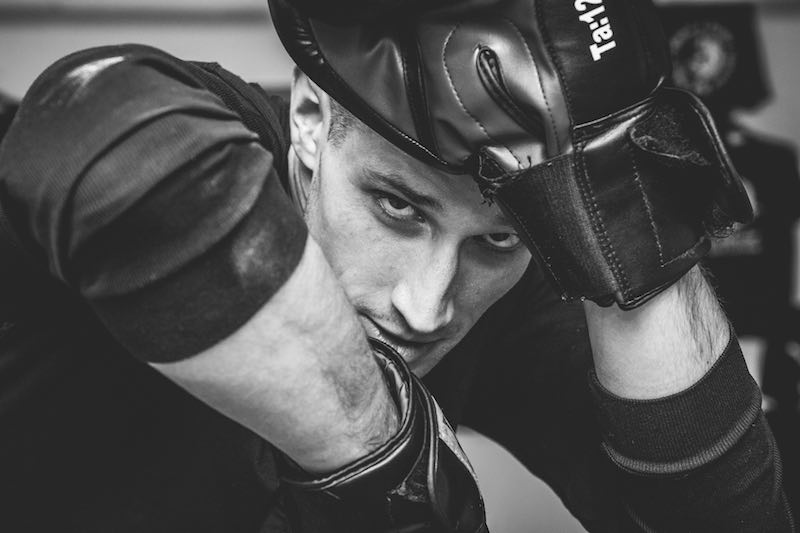 Muay Thai is often called “the art of the 8 limbs” as they use the fists, the elbows, the knees, and the legs as the main weapons. Simplicity is the principle. “You don’t have to do many different and complicated moves, you just have to do it right.”

The fight begins with an opening ceremony, in which traditional music is played while the warriors dance. Then they kneel, cover their eyes, and pray. Then comes the “ram muay,” a special boxing dance which is different from school to school. The fighters go around the ring and give wild glances toward the audience. This ceremony is to keep away evil spirits.

Traditionally, the use of weapons is also part of Muay Thai. The most common weapons are the sword, the dagger, and the staff. In ancient times the warriors fought from and against elephants, so the longer weapons were more useful. But nowadays swords and sticks are more popular in this martial art, called krabi-krabong.